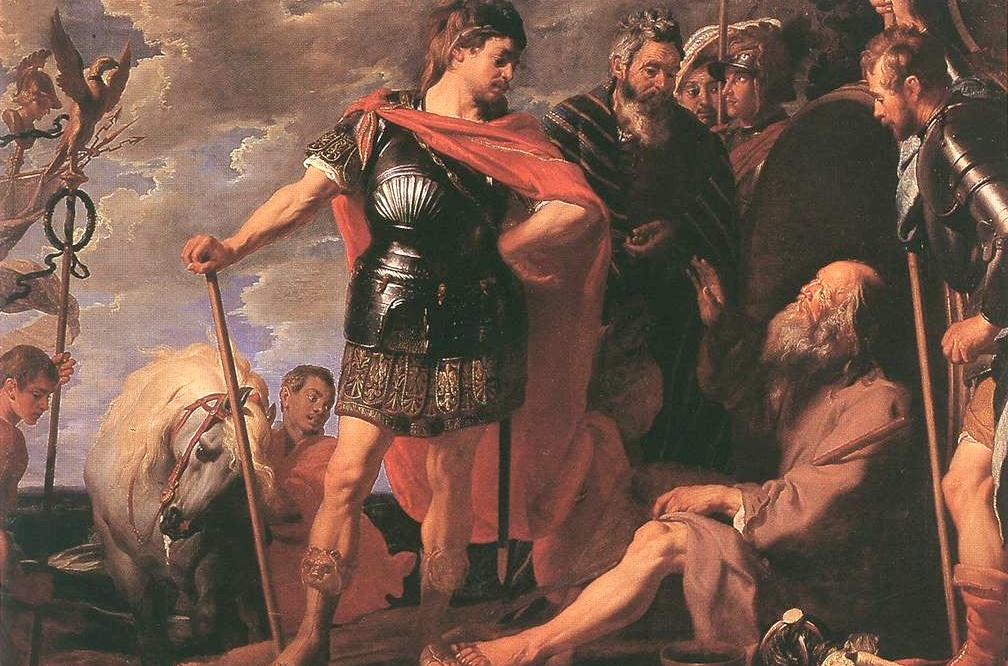 As we go through life, we all have people that are inspire us or amaze us with their way of thinking about ideas and how they understand our world. I would like to create a series of posts where I start to list out people that have inspired me throughout my life. Some of these people you may know as they are famous, while others are people that I’ve come to know personally over time.

To give a little bit of an introduction, Diogenes was a philosopher that lived from 404 to 323 B.C.E. in ancient Greece and practiced a type of philosophy called Cynicism. In short, Cynicism is a school of philosophical thought which is focused on ideas such as living in accordance with nature & leading a virtuous life. The lifestyle of a typical Cynic would involve the rejection of desires such as wealth, power & fame for the purpose of living in accordance with nature.

From the thought of Diogenes, here are three of his ideas which I’ve chosen as the ones that have been something I’ve found inspirational or something that got me thinking from a different perspective.

Rebuttal of Plato’s definition of a “Human Being”

When Plato had defined a human being as an “animal that is biped and featherless”, he was celebrated by masses of people for creating such a fine definition of what a human being is. However, as Diogenes was alive at the same time as Plato, during one of Plato’s lectures, Diogenes plucked the feathers of a bird and brought it into the lecture room, telling people “behold, I have brought you Plato’s human being!”  Because of this Plato had to add the words “having broad nails” to his definition of a human.

I find it amazing how Diogenes had the ability to take the idea of a well known & sophisticated thinker such as Plato, and to so easily break it down with his featherless bird example. This also highlights how the masses of people celebrated Plato’s definition of a human being, yet it was clearly flawed as pointed out by Diogenes. I think that this idea has implications in the modern day as it alerts us to the potential falsehood of an idea that was agreed upon by the masses and how even the smartest & wisest of thinkers can be humbled by overlooking these kinds of details.

Diogenes looking for an “Honest Man”

In one story, Diogenes was seen walking around the marketplace during the day with a lighted lantern, and when asked by people what he was doing, he answered “I am looking for an honest man”.

In this stunt, I deem that it was the intent of Diogenes to reveal how a lot people are not truthful in their daily lives when presenting themselves to the public eye. Even in the modern day context, this idea of superficiality still holds true as many people still put up a façade when they are out in the public instead of showing who they truly are. I use this idea from Diogenes as way to be mindful in public in the sense that I try to be as honest as I can be in how I talk, dress & approach people.  For the record, I don’t want to come off as some kind of righteous guy, I would be lying if I said I’ve never acted superficially while I’m out in public, after all, I’m human too!!

Meeting with Alexander the Great

At some point in his life, Alexander the Great heard about Diogenes and wanted to meet him in person. Once he found him, Alexander famously told Diogenes that he could have anything that his heart desired from status, wealth, women & literally anything. Diogenes reply to Alexander was “stand out of my Sunlight, for you take what you cannot give”. This was so astounding to Alexander the Great, that he said “if I were not Alexander, then I would be Diogenes”.

Ever since I read about this, I think about this idea frequently as it has powerful implications even today. No matter how renowned Alexander was, even he could not give something as simple as sunlight. For us in the 21st century, no matter how famous we become or how wealthy we become, the simplistic things in life that truly matter are things that we can never buy and can never give.

Diogenes is definitely one of my favourite philosopher’s as he brought a very naturalistic approach in living his life. I think it is very beneficial to learn from someone like him in trying to improve our own lives by focusing on aspects of life that we are naturally given.

View all posts by TheModernPhilosopher